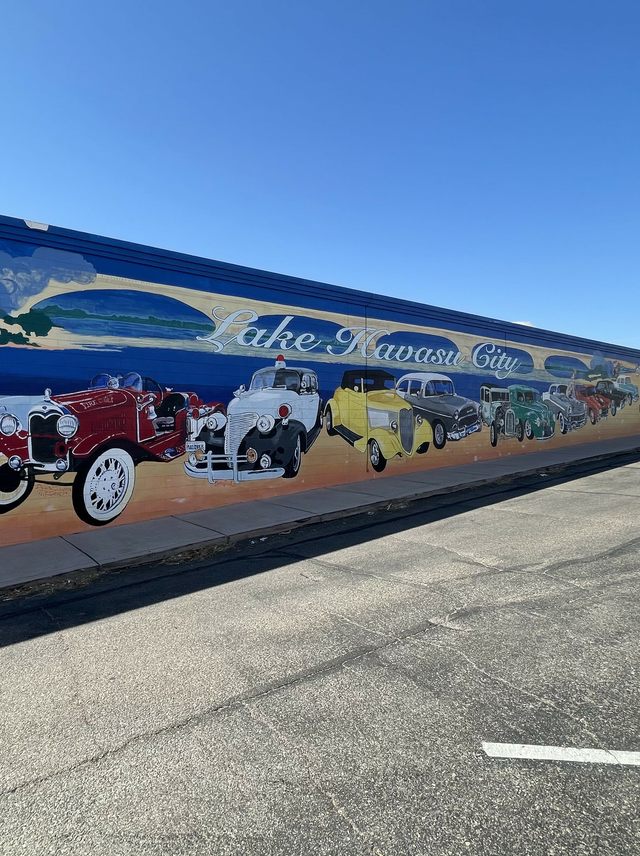 With stunning clear blue water and mighty mountains in the distance, if you saw a picture of Lake Havasu, Arizona, you might mistake it for paradise on earth. Known for its namesake, Lake Havasu, the city is home to some interesting and historic landmarks. If you plan to visit this little slice of heaven, here are five landmarks you need to know. Presented by backboneforyourbusiness.com.

I know what you’re thinking, and yes, this is _the actual London Bridge_.

How can that be? Apparently, the original London Bridge was put up for auction back in 1968 and was purchased by Robert McCullough, founder of Lake Havasu City. This was no cheap feat, costing McCullough a cool $2,460,000. The bridge was then brought over brick by brick and reassembled for the lovely city of Lake Havasu. Today it serves as a significant historic attraction, flocking travelers from all around the world to catch a glimpse of the legendary bridge.

Scattered across the shores of Lake Havasu, you can see full-scale replicas of famous lighthouses. These models are more than just full-size, they are also fully functional! Over 28 replica lighthouses stand along the shores, maintained by the city’s own lighthouse club. In the beginning, these lighthouses were put in place to improve safety for the many boaters on the lake. Since then it has grown into an eccentric delight by the lighthouse club. Boat tours are offered on the lake, so you can get up close and view them in all their glory.

If you love the outdoors, this one is for you!

Just off the Lake Havasu reservoir is the Bill Williams River. Part of this river is protected by the National Wildlife Refuge, which is home to over 300 species of birds, dozens of mammals, and roughly 34 species of butterflies. Activities at the refuge include wildlife watching, hunting, fishing, hiking, and boating. This is the kind of landmark that offers an opportunity to learn about the wildlife surrounding Lake Havasu City, while also indulging in the area’s natural beauty.

You may not know this, but Parker Dam is the deepest dam in the world. Upon observation, you might be fooled, as only 27 percent of the dam is visible. The incredible man-made structure is seated on the border of California. At 86 years old (constructed in 1936), the dam still stands strong, holding back hundreds of thousands of gallons of water.

The Havasu Memorial Walkway runs along the Bridgewater Channel. Commemorative bricks are laid in the walkway to honor veterans. Engraved stones and plaques are situated along the walkway, marking historical events and providing facts as you walk the path. Regularly, the Havasu Memorial Walkway takes orders for engraved bricks to be laid. If you can meet the deadline, you may be able to honor a loved one with this very special tradition.

If you find yourself in the Lake Havasu City area, the previously mentioned landmarks are a must-see. In a city with so much natural beauty, history, and vibrancy, these are places you won’t soon forget. So, if you want to make your trip worth it, take a look!